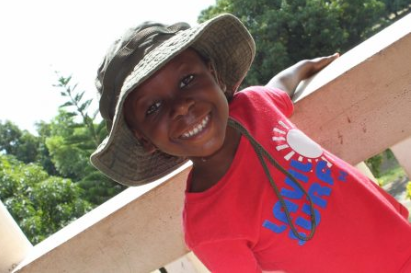 The first week of February saw North Way’s Haiti Mission team make the trek from Pittsburgh to the Joshua House in Haiti. Bearing gifts from several congregations throughout Pittsburgh, the team arrived ready and eager to serve.
The first few days were spent with the children in the IDADEE and EBAC orphanages, where the team was able to serve the children through worship, tutoring, and games. The children were thrilled to welcome the team into their home and classrooms, and the relationships they began to build throughout those few days won’t be soon forgotten. They spent their time together working on lessons, playing games and making crafts, sharing meals, and even just seeing pictures of their families back home. The simple joy that these children got from spending time with the team was deeply heartwarming to all who shared in it and laid the foundation for building long term relationships with these children who are so eager to love.

The majority of the middle part of the trip was spent with Pastor Jean-Claude and his family, who welcomed the team to his home and to worship in his two churches: his “valley” church and his “mountain” church. While both churches have been recently under construction, the progress made to both was remarkable and satisfying to see. The tin roof that North Way provided for the mountain church has already been completed!

Saturday and Sunday were spent at the valley church, otherwise known as Redeemed Church, where both days were filled with worship and edifying teachings for all in attendance. Jeff DeWalt delivered an especially uplifting sermon on the spiritual identity we receive when we accept Jesus as our Savior.

The team also hiked up to Pastor Jean-Claude’s mountain church, and the breathtaking scenery during the hike itself was a testament to the beauty of God’s creation. What an incredible way to start a day devoted to sharing the Gospel with the members of the mountain congregation!

The trip finished up with a well-deserved trip to Haiti’s Amiga Island, a tourist hot spot known for its striking scenery and coral reefs. The team was guided by the tour guides of Haitian Creole tours, who happen to be former EBAC students! In addition to the white sand beaches, the cerulean blue waters, and the striking green of the island itself, the team was blessed to witness the baptism of three of its own members in the crystal clear waters of the Caribbean Sea.  What an amazing place to experience such a life-changing moment!

It was with full hearts that the team returned to snowy Pittsburgh the next day, knowing that they had served so many and made a deep impact on those they’d served throughout their trip. Keep the Haitian ministry in your continued prayers – God’s work carries on!