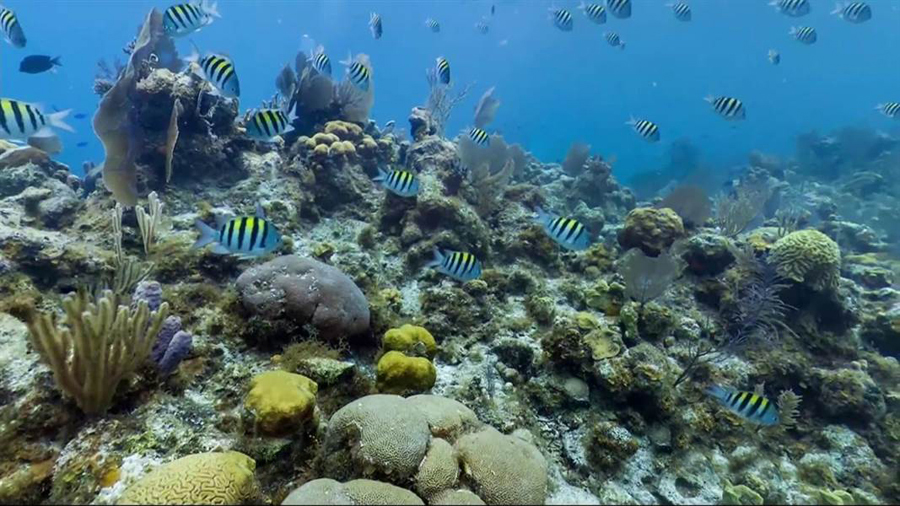 On May 31, at only 21 years of age, Ben Schweiger traveled to Haiti to embark upon a 10-week trip that he hopes will be the start of a much larger, perhaps lifelong effort aimed at restoring the coral reef along the Haitian coast and assisting in the development of environmentally sustainable tourism in Haiti.
Ben is a recent graduate of Delaware Valley University where he earned his Bachelor’s Degree in Conservation and Wildlife Management, but he first felt a calling to develop this project during the summer following his sophomore year of study when he served as a research assistant on a trip to South Africa.

“During the last week we took a trip to the coast and learned about the decline of the coral reef and it was then that I felt the Lord put it on my heart to look at this problem with respect to Haiti,” said Ben.

From there Ben focused his efforts on studying coral reef modules and over the course of the past year he put together a plan for Project Restoration Haiti and began to seek funding. He has since successfully partnered with both the Pittsburgh Kids Foundation and the Joshua House Foundation along with private donors for the initial trip to Haiti where he will try to build relationships with local fisherman and educate them on the issues surrounding the decline of the coral reef. He also hopes to team up with dedicated native citizens and others who have recently initiated reef conservation efforts. Ben also plans to hire a team of Haitians to construct five-pronged rebar structures often referred to as “coral spiders” which will be used as anchors for corals to grow in damaged reef areas. His goal is to construct and position 75 of the coral spiders in various locations throughout a 10 week period utilizing Haitian-made materials.

“My goal is not to go there and tell them what they should do,” stressed Ben. “It is very important that I serve Haiti in a very respectful way that will hopefully initiate a movement among the Haitians to promote change. I hope to be a resource for them to develop their own conservation efforts, strategies and methods.”

Long term, Ben hopes the coral reef conservation will create the opportunity for an eco-tourism lodge and full-service dive center which would help the Haitians build a framework for environmentally sustainable tourism.

“People often think of Haiti as an underdeveloped country and don’t realize the beauty the island has or the magnificent coral reefs that are present there,” said Ben. “Haitians have a unique opportunity to start from the ground up to develop tourism in a way that can help them long into their future.”

Coral Reefs, found off the coast of many tropical islands that lie near the equator, are home to 25 percent of all marine fish species and contain plants and animals that are important sources for new medicines being developed to treat numerous diseases. Coral reefs provide invaluable coastal protection to tropical islands, protecting them from destructive waves, tsunamis and hurricanes. In the Caribbean alone, tourists visiting the coral reefs generate about $2.1 billion annually. Since 1970, over exploitation of marine species found in these reefs, along with poor environmental planning and practices in coral reef areas have led to a decline of more than 50 percent of the reefs in many parts of the world.

Ben has established a youtube channel where he will post regularly to update his progress with Project Restoration Haiti accessible at https://m.youtube.com/watch?v=K5Ivd-fhw9w. Ben also has a website for the project at http://restorationhaiti. weebly.com/. Ben has requested prayer for his efforts that good decision making and healthy partnerships will be created to enable God’s will to be done. Donations can be made through the Joshua House Foundation or the Pittsburgh Kids Foundation websites.